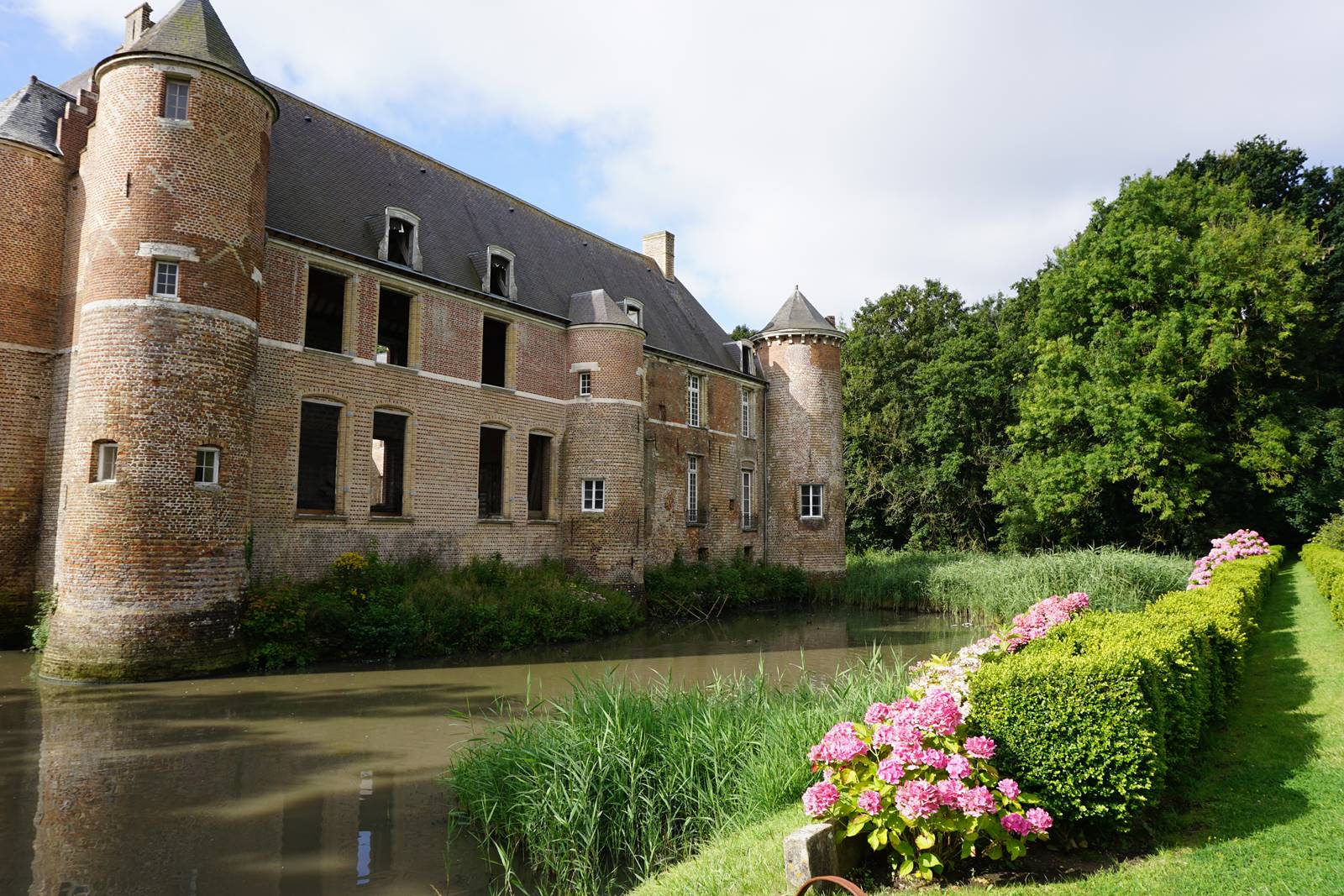 Crossed by the Yser River, sided with century old oaks, Esquelbecq seduces you by its heritage, its dynamism, its intense cultural life and its displayed will for tourism development. The name of the village appears in the French national archives since the middle Ages, on the occasion of the death of Saint-Folquin, bishop of Thérouanne, in the village.

Bounded by a Roman road to the west, the communal limit with Zegerscappel, Esquelbecq is a village which has experienced a significant industrial activity ; already evident in the past (brewery, flax scutching, tile fabric, etc.), this has been reinforced with the establishment of the train station. It also had an impact on the village layout, since the urbanisation was done near the same station. Place Bergerot restores the Flemish atmosphere and reveals, through the old houses and the traditional habitat, the charm of yesteryear.

Admire the traditional decorative patterns of different colours on the gable of the castle Inn, a little further, a house with a sculpted facade ... then the church of Saint-Folquin, hallekerke (church-hall) with three naves, which was devastated by a fire in 1976 and completely restored. An ascent to the bell tower allows to contemplate the local heritage and the plain of Flanders.

Facing the church, the castle, whose origin dates from the ninth century, was rebuilt in the early 17th century. Five families succeeded one another, including the GHISTELLES, DE PARDIEU and GUERNONVAL. It is one of the finest jewels of feudal architecture in Flanders. Besides the castle, the interest goes to the remarkable garden of Renaissance spirit, recreated between 1821 and 1852, the caretaker’s lodge built in 1590, and the elegant octagonal dovecote dating from 1606.

Another place full of history, the site of La Plaine au Bois commemorates a massacre of British soldiers during the Second World War. Since July 2017, a new museum recalling the 1940 events opened at the first floor of the tourism bureau. The awareness of tourism development and “savoir-faire” led to craftsmen settling in the village (potter, brewer and medieval garden), the layout of hiking trails and the constant increase of leisure activities (donkey ride, horseback riding, ponies). The spirit of celebration allowed the creation, more than ten years ago, of the “Patate Feest” traditional festival, and more recently for summer nightlife (musical evenings).

The concept "Esquelbecq, book town" represents the vitality and audacity of this village: opening of second-hand bookshops, creation of the Night festival Books and Sundays markets books. The tourism bureau and “la maison du Westhoek" promote it and allow to offer a real range of information to visitors. Everything contributes to the dynamism of Esquelbecq and its renowned.

8 discoveries not to be missed :

Follow the discovery path from the tourism bureau and let yourself be seduced by the charm of Esquelbecq.

Do not hesitate to visit the six other heritage villages present on our territory, or those of our neighbours in Inland Flanders.