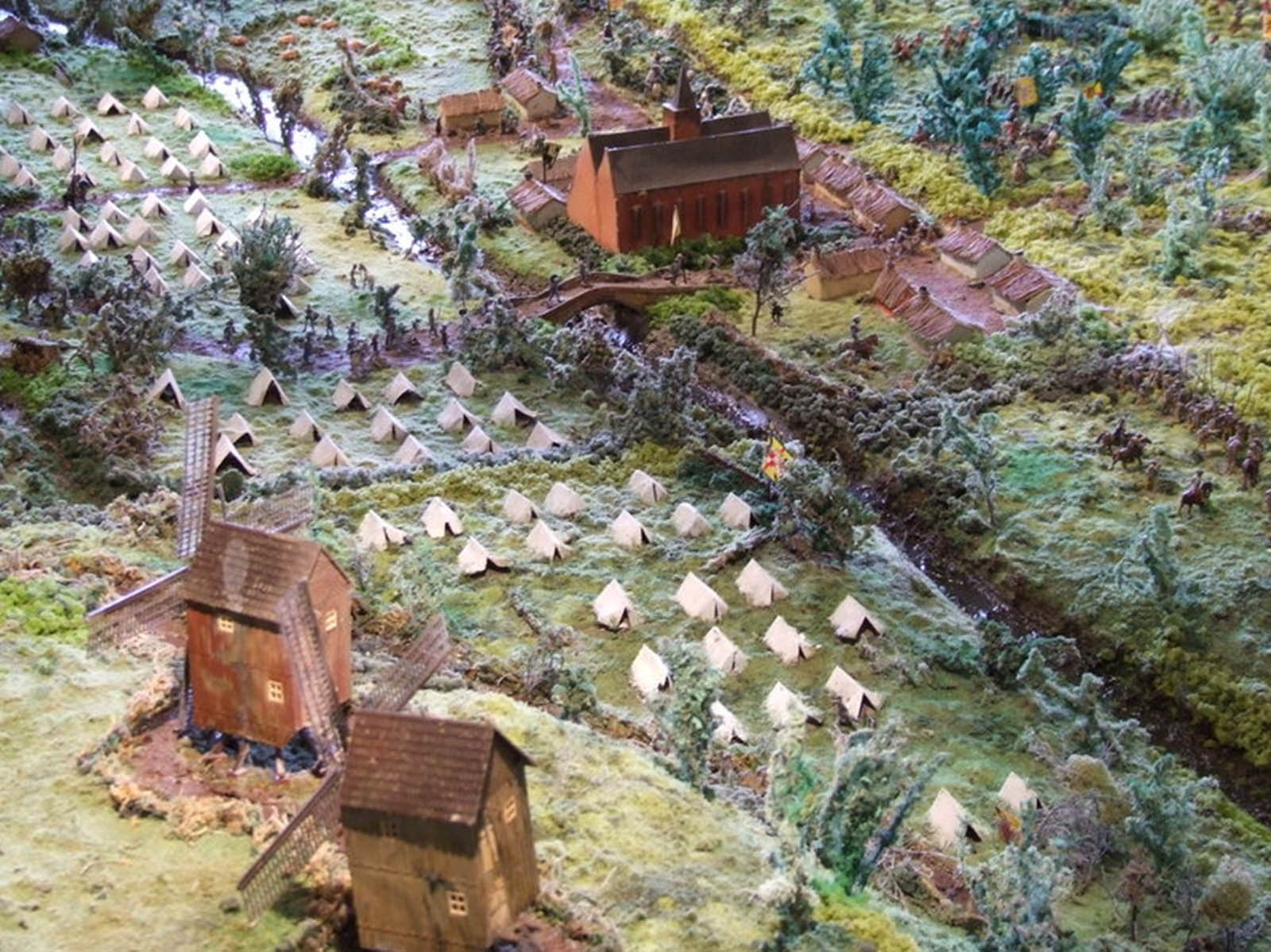 A great page of the History of France

Would you believe standing in front of this large house of architectural heritage and this so peaceful beautiful garden that here took place, 3 centuries ago, a crucial battle in the History of France, who fixed our current borders ? The Battle of the Peene, also known as the 3rd Battle of Cassel, is at the heart of this fascinating museum.

In this valley of the Peene, in April 10 and 11, 1677, the fate of Saint-Omer and its region, territory of the Spanish Netherlands enclave in France, was decided. France and the United Provinces (Holland) are then at war for 5 years and the king of France Louis XIV wants to enlarge his kingdom.

Before the large model of 12 m2, you discover 5,000 figurines representing the 60,000 combatants of each camp crammed within a mere 7 km around the river Peene, in full flood. The fighting made 6,000 dead and saw the French army victorious.

Through didactic panels and engravings, you will learn in a simple and fun way a lot of things : how Flanders became Spanish, the War of Spanish Succession, the uniforms and the ranks, the unfolding of a great battle in the middle of the 18th century thanks to modern and interactive museography. The course mixes pleasantly video and amazing authentic objects (musket balls, cannonball, and swords).

From February to November
open from Tuesday to Saturday from 10am to 12h30pm and from 2pm to 6pm. Closed Sunday, Monday, and bank holidays, except on prior reservation.