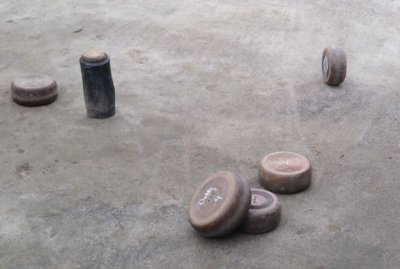 The Flemish ball is played with a slice of cylindrical wood, the origin of this game dates back to the early 18th century. It is played on an alley called "bourloir", the latter were most often at the back of cafes and estaminets.

The players compete in teams of 2 or 4, they must throw the ball to get closer to a pole fixed in the alley. They use klyte (clay) which makes the ball more manageable.

In Wormhout, the association of “friends of the Flemish Ball” continues to perpetuate the tradition.