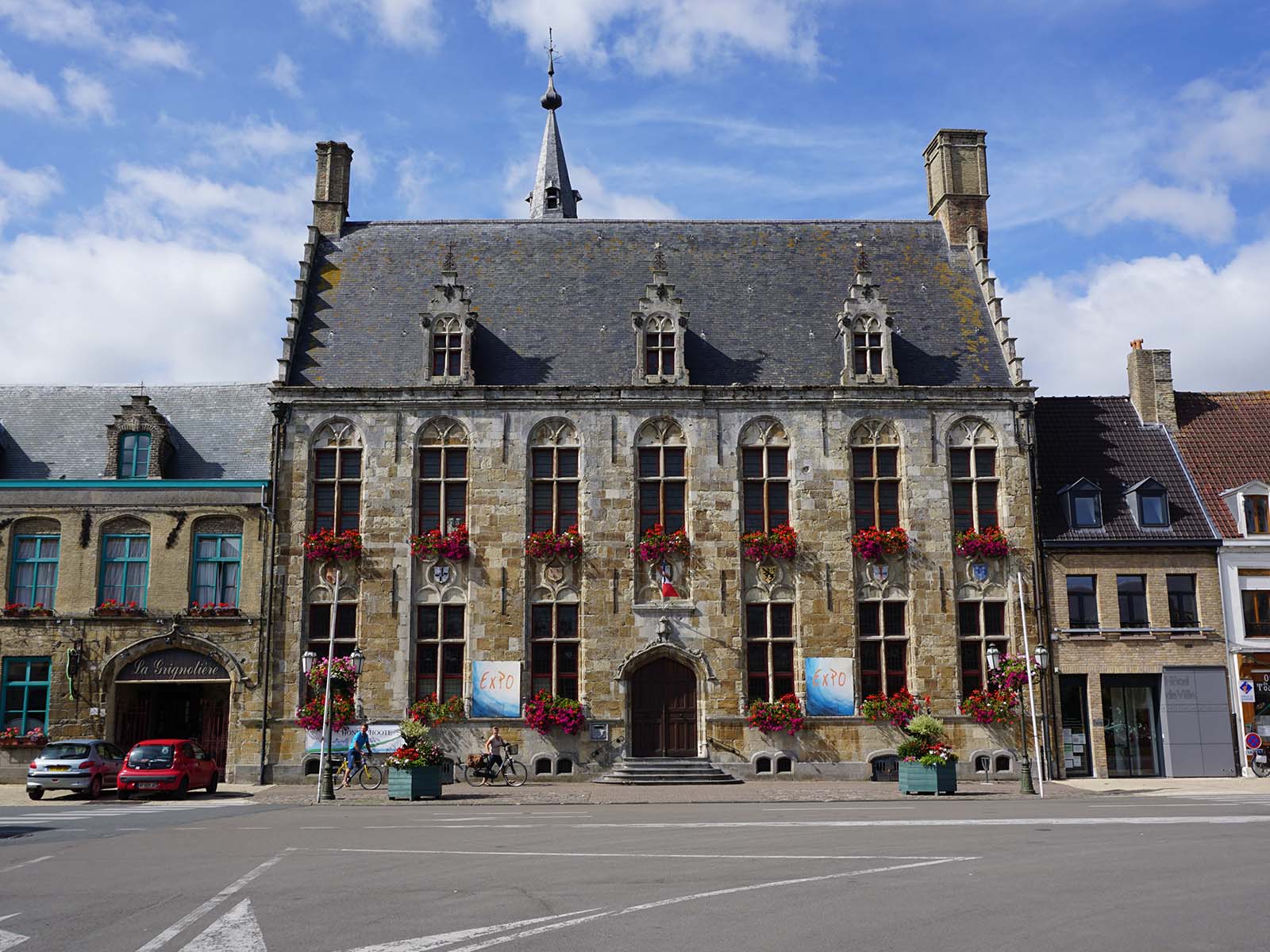 Built in 1556/1558, in sandstone and white stone. Slightly transformed at the end of the 19th century during the restoration by the architect OUTTERS, the Town Hall presents Gothic and Renaissance elements. By removing the gatehouse dating from 1606 and piercing a central door, the architect accentuated the regularity of the façade punctuated by two rows of mullioned windows. The two rows are separated by cartridges containing coats of arms that are all related to the history of the city.

From right to left, facing the building :

Inside the Town Hall is the old court room with panels depicting the history of the city. In the city council meeting room hangs, among other, the painting of the Battle of Hondschoote (1793) donated to the city in 1852 by Alphonse de Lamartine, then Deputy and the portrait of Baron Coppens, husband of Marie Bart, niece of the famous corsair from Dunkerque Jean Bart. Their grandchild was married to Lamartine's sister.

On the first floor, a museum contains several paintings from the church and a series of the Nine Worthy Women. The rear of the Town Hall is, unlike the frontage, made of bricks. The illusion of seeing bottles in some places is due to the presence of the Bruges arc. This rear part is also distinguished by the presence of a tower and an onion shaped pinnacle covered with slate.