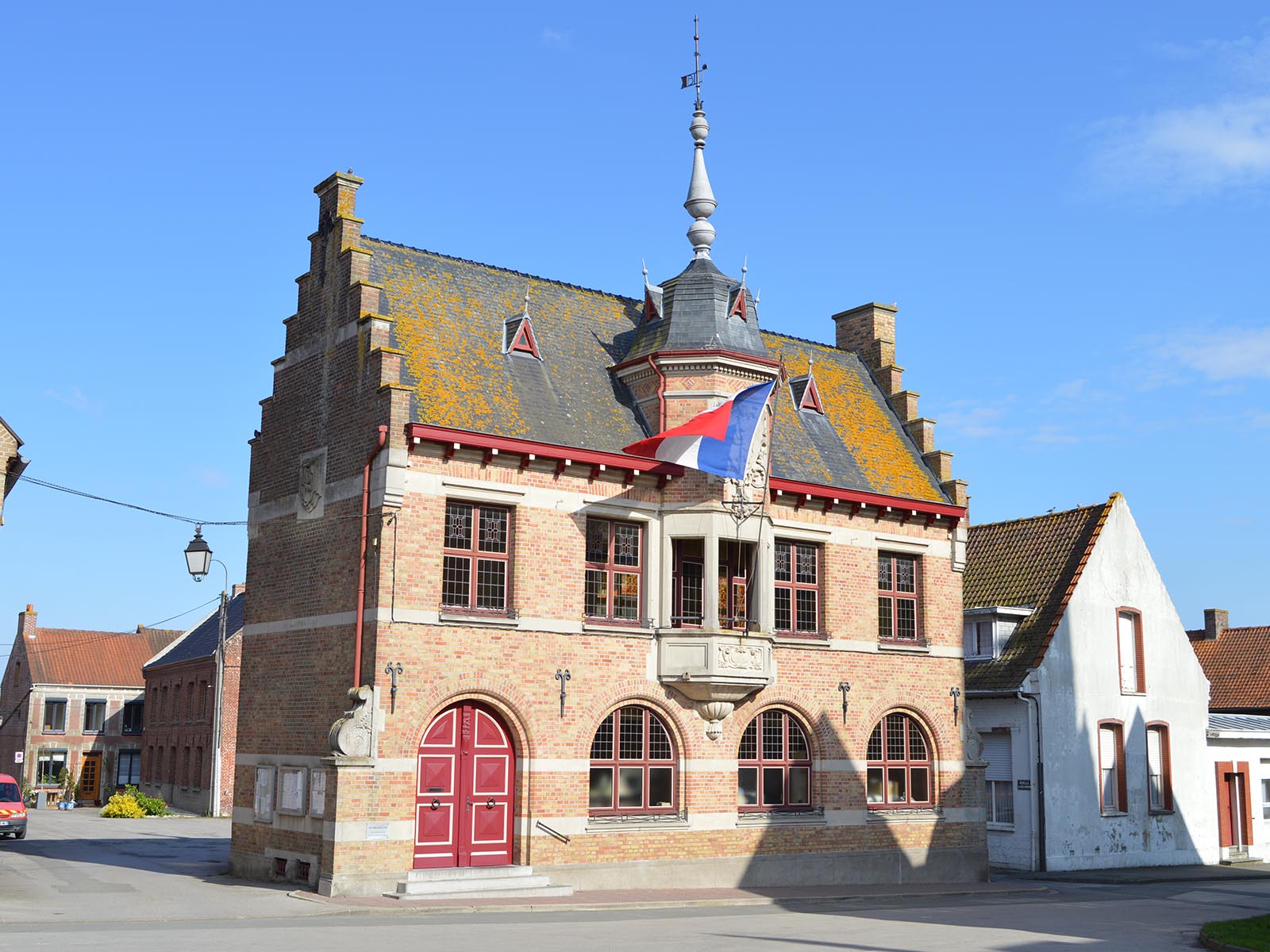 The Flemish gothic revival style beautiful town hall was inaugurated in 1933, it is the work of Mr. COCKENPOT from Lille. Behind the building a second place welcomed the players of “Jeu de Paume” which was much practiced in the region (a majority of our villages still have a place for Jeu de Paume).

The Town Hall is not open to visits, it still hosts municipal services, but you can admire its facade. At the same time you can discover this pretty village of Flanders and its Saint-Wandrille church dedicated to Our lady of the Visitation.

The church has beautiful stained glass windows, some of which tell the story of Bollezeele's history. It has a Latin cross floor plan, quite rare in the region, a choir with 3 vessels and a nave of the 19th century flanked by 2 aisles.