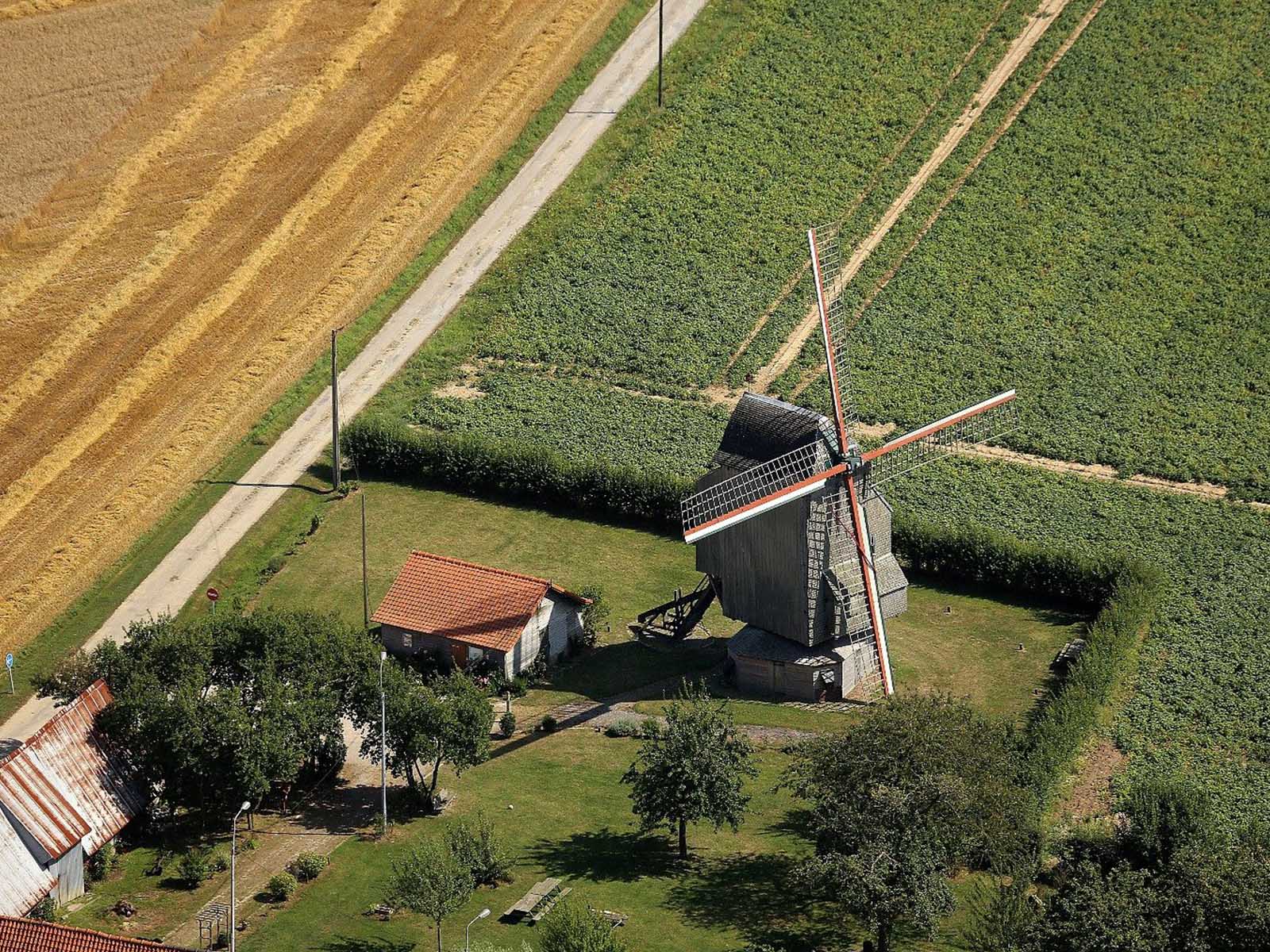 Built in 1756, it is the most authentic Post windmill of the region. He is also the only survivor of the 11 windmills present in the municipality of Wormhout. The appearance of steam mills, the vote of flour milling catastrophic laws and wars decimated them little by little.

It is at a place called "The Riecle" that Ignace COUDEVILLE built the Mill of la Briarde, now called DESCHODT Mill. The fanlight bears the initials of the two carpenters, Philipe François and Ingelbertus Martin DE SMYTTERE, who built it.

In 1891, the main post weakened by a Tree Disease, broke under the pressure of a strong wind and during repairs, was moved 200 meters.

Moved and restored, it became the property of DESCHAMPS DE PAS Joseph, then of the BEYAERT brothers, millers. Both dead on the field of honour, the mill remained abandoned until Mr. Abel DESCHODT takeover in 1921. Perfect model of the strong Flemish and valiant defender of the safeguard of the mills, he restored "La Briarde". The sifting area dates from 1926, an oil engine was used to supplement the wind before 1939. It was replaced during the war by an old steam locomotive and since Liberation, by a 25 HP electric motor, supplying power to one of the two millstones. The production of flour ceased around 1963.

Mr. DESCHODT died on December 4, 1967, a year after having given his mill to the town of Wormhout. The Municipality, assisted by the “Association Régionale des Amis des Moulins”, undertook major restoration work. A two-storey wooden post mill, the span of its sails reaches 24 meters. The estimated mill weight is 80 tons.

The mill is open to visit upon reservation and on some summer Sundays from 15:00 to 18:00.

Average duration of the visit : 1 hour.