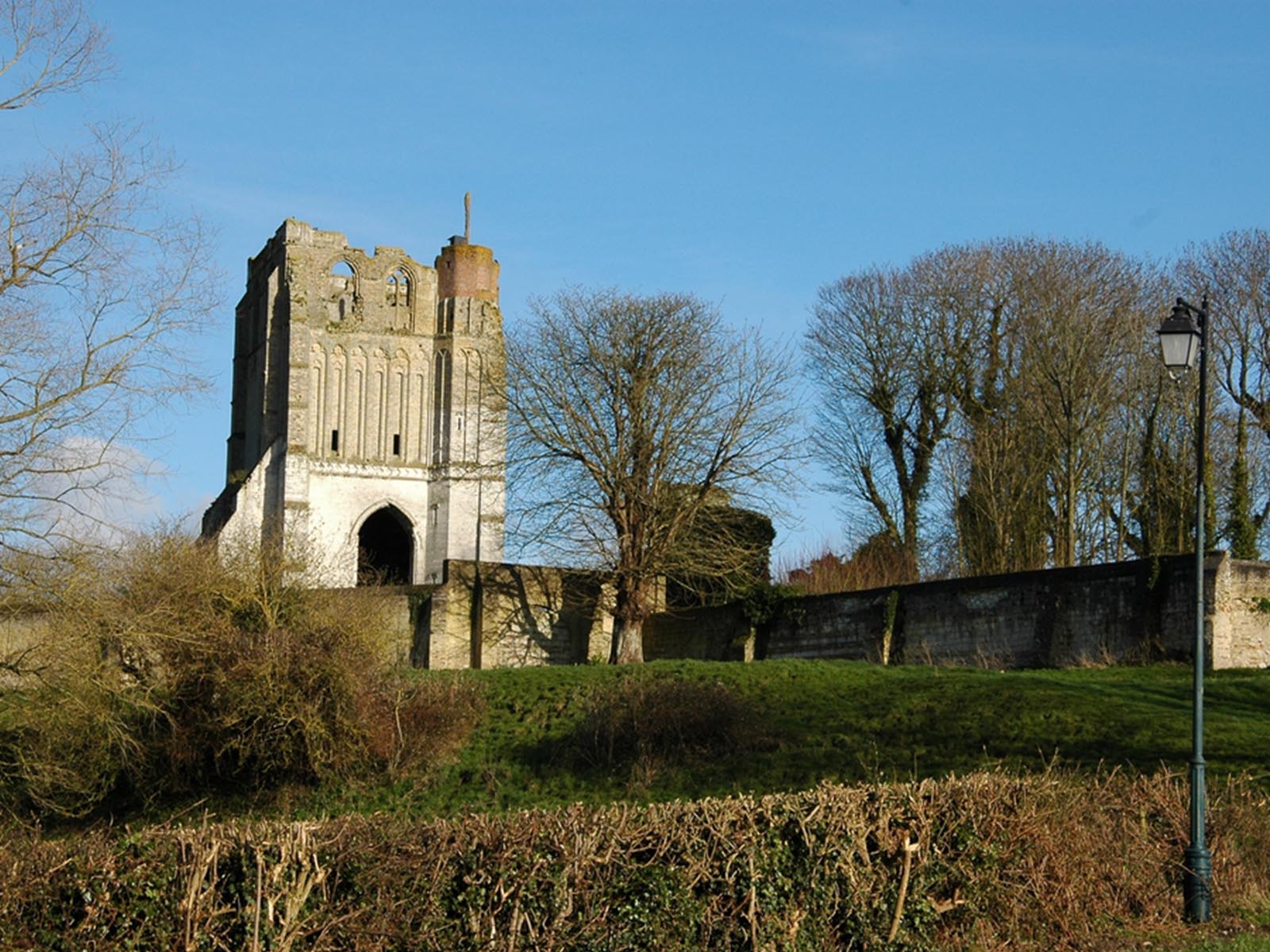 Site classified since 1998 to the National Heritage, the Tower is classified with the Historical Monuments since February 10, 1909. The site includes the 15th century abbey’s tower and the perimeter walls, the only vestiges of the religious establishment founded in XI century.

The former Watten Abbey is surrounded by earthen fortifications dating back to the 17th century, forming a remarkable ensemble culminating at 72 meters above sea level.

In 874, a chapel dedicated to St. Riquier was established at the summit of Mount Watten. In the 11th century, the hermit ALPHUME built a cottage to accommodate monks around the chapel.

In 1072, the priest OLFRIDE decided to found a monastery on the site of the chapel, thanks to the donations of the Counts of Flanders and the protection of Robert Le Frison, grandson of the King of France, which maintained 30 Augustinian canons. It is the first monastery of regular canons created in Flanders.

Favourite residence of Count of Flanders Thierry d'Alsace, who was buried there in 1168, the monastery was ruined by multiple conflicts, looting and fires due to the strategic position of the mount. English Jesuits settled there in 1608 to open a novitiate, and will be replaced in 1763 by lazarists and secular priests, maintaining the good reputation of the college.

In 1769, the abbey was attached to the bishopric of Saint-Omer, whose bishop closed the college and destroyed some buildings, except the tower of the fifteenth century, now classified, and the perimeter walls. He then built, for himself, a summer residence and a farm, which still exists. At the time of the Revolution the monastery was sold as national property, but the demolition of the tower was forbidden because it served as a landmark for navigators.

The site is exceptionally open on the “Journées des sites fortifies”, the European Heritage Days and some dates in the summer. Free visit of the Mill’s bastion and the Trail of the Mountain all year long.

* Group rate : 2 € / person (group of 20 people). Free for individuals on scheduled dates. Duration of the visit: about 1 hour.