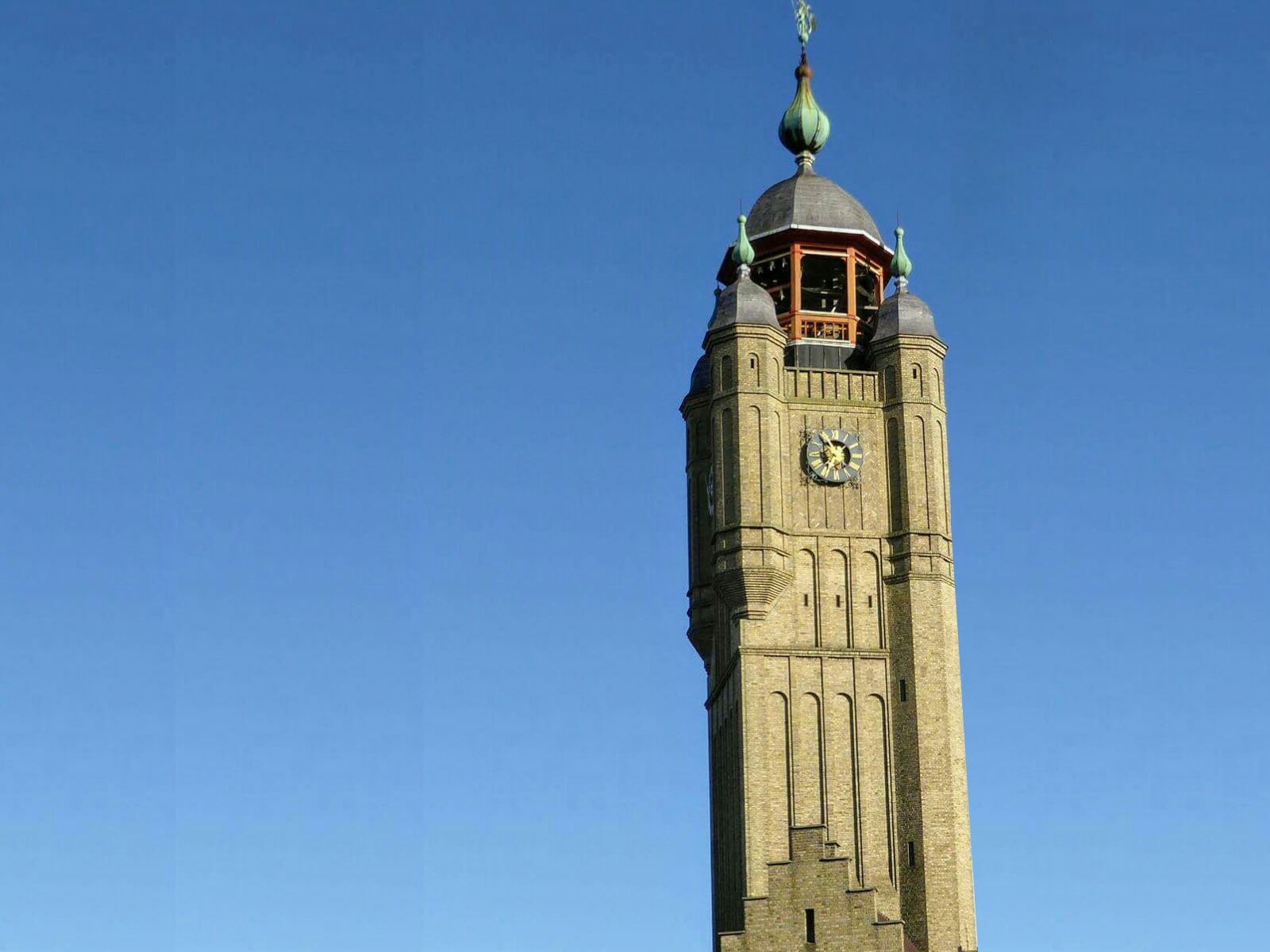 Whether you arrive at Bergues by the waterway or by the road, it is always at the sound of the chimes of Bergues that you will be welcomed. A symbol of the Municipal Liberties and of the city, the Belfry stands proudly in the air of Flanders facing the Town Hall.

The third belfry built in the same place (the first was built in 1112), was rebuilt in 1961 following its destruction by fire (30 May 1940) and then by blasting (16 September 1944) by the Germans. In its broad outline, it takes up the previous belfry.

Listed as a Unesco world heritage Site since July 15, 2005, the Belfry now houses the Carillon, the Tourist Information Bureau, exhibition halls and the city's drawing and music schools. The last survivor of the three Carillon existing before the French Revolution of 1789 sounds its chimes every quarter of an hour and thus sets the tempo of everyday life of the city. Bergues and the Berguois are very attached to their carillon which had a place of honour in Dany Boon movie, "Bienvenue chez les Ch’tis" (February 2008)

Over the centuries, the Bergues belfry has different functions :

Free visit or guided tour are possible upon completion of the renovation works of the belfry.

The belfry is currently closed for work. These works are to be done inside and outside the building.

If you want to joint this beautiful renovation project, you can participate in the subscription launched by the City of Bergues, in connection with the Heritage Foudation.
Souscription recto
Souscription verso