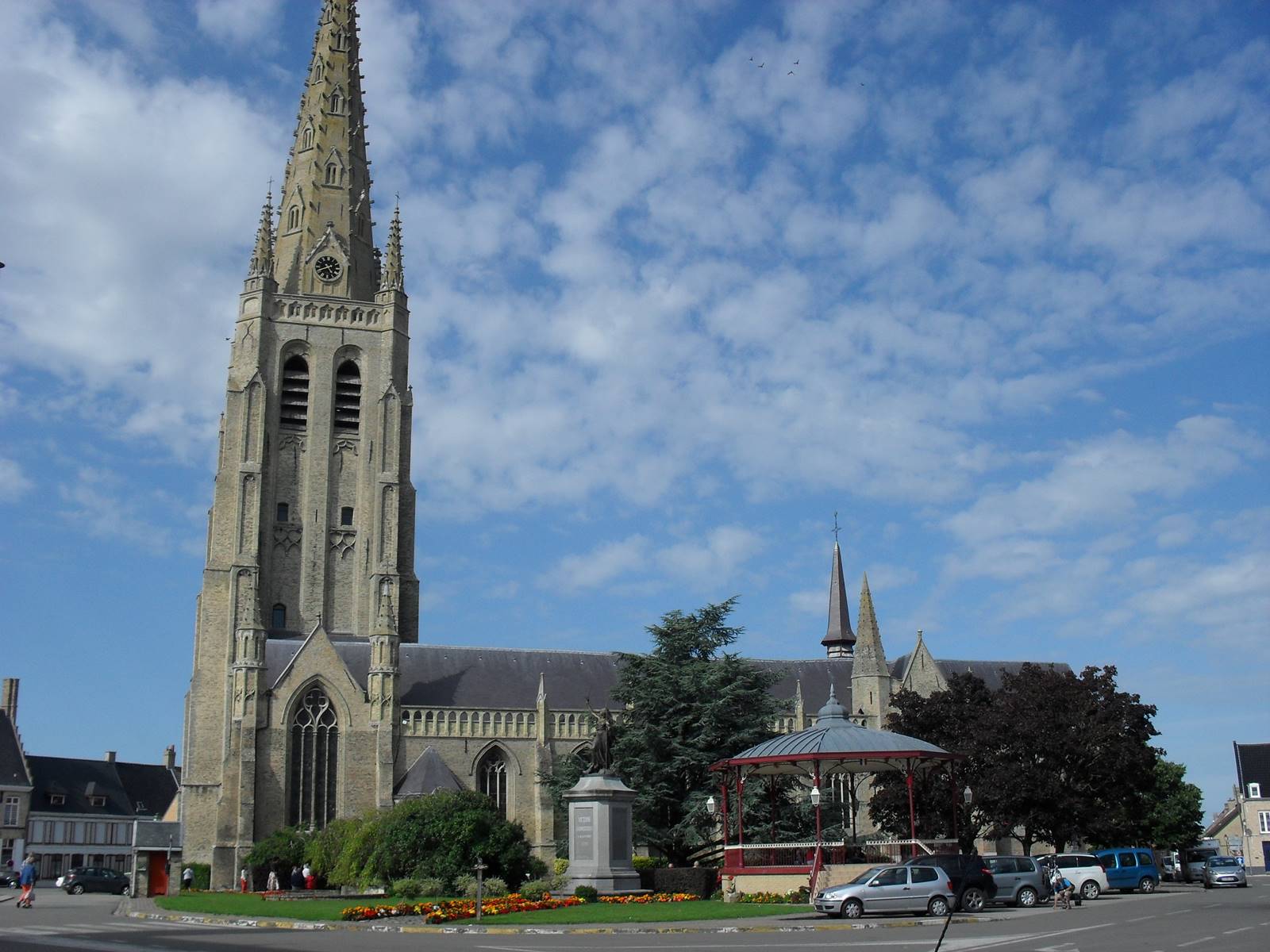 Following up probably to ancient sanctuaries, the church stands out in the Grand Place (Square) at the end of the 14th century. The church dominates the whole Flemish plain. The tower, built in white brick and nicknamed "Witte torre" (the white tower) was built in 1513. It is extended by an octagonal arrow that rises to 82 meters.

This tower is the only original vestige of the building damaged by a fire in July 1582 during religious disturbances. The church was rebuilt between 1602 and 1620 respecting the principle of the three-vessel "hall church" (hallekerke) while partially preserving the transept. Inside, the surviving transept is marked by a double series of adjacent arches-bridges separating naves and choir.

At the end of the 18th century, the carillon consisted of 16 large “small bells”. They were confiscated in 1793, and destroyed in a cannon foundry. On January 1, 2000 a new carillon of 61 bells was inaugurated. A carillon school was also established.

The Church also has other riches: