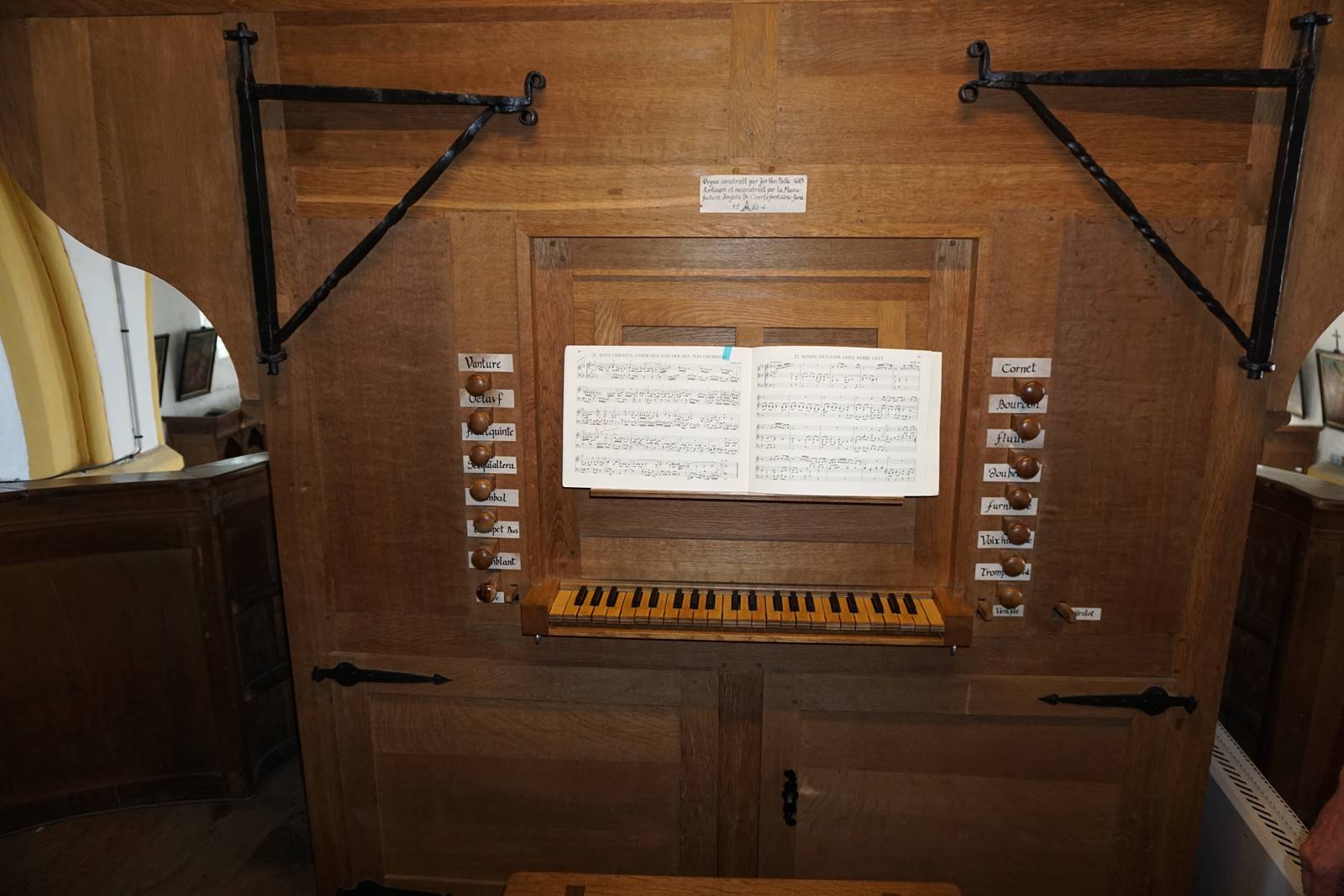 The hall-Church is of rare unity and high quality. It was built between the 15th and 16th centuries and was spared from destruction. Its architecture is from Burgundy Romanesque style. It was classified in 1958. The interior is characterized by the happy proportion of naves, colonnades and vaults, in a very luminous atmosphere. At the chevet, the sacristy with a bulbous roof dates from the 17th century. The church is dedicated to St. Sylvester, bishop during the 3rd century.

The parish existed since the 11th century, Robert VAN CAPPEL, councillor and altar master of the Duke of Burgundy, had built a chapel in 1405.

The other confessionals, the canopy, the panelling of the choir’s pillars, the glazes, the Virgin of pain and the Christ in the column date back to the 18th century.

The altarpieces date from the first half of the 18th century :

There is also a large number of tombstones, including one at the entrance, of a priest who died in 1565. The church has been completely renovated, allowing it to regain its former glory. The historic West-Cappel organ dates back to 1683 and was created by organ builder Jan VAN BELLE. He is one of the few to have kept 90% of his original pieces, hence his specificity. Its 17th century pipes are made of tin, rolled lead and oak. Some additional pipes are new. The organ is tuned in a modified E (diminished third) mean-tone temperament, it is impossible to play all the tones. The manual, consist of 45 keys clad with boxwood in the case of natural keys and with ebony in the case of the accidentals. There is no pedal.