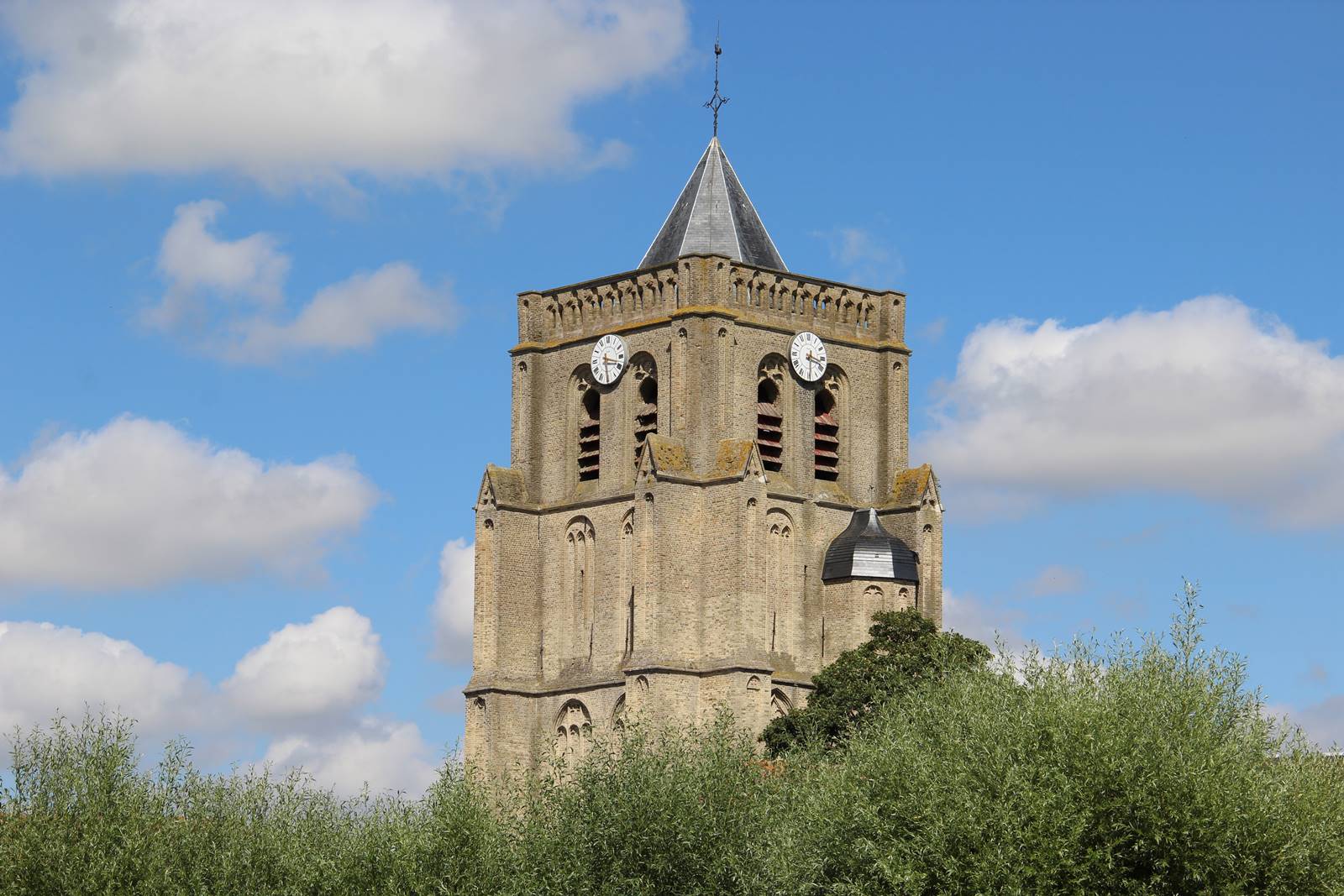 The beautiful choir stalls were made by COLLESSON workshops in Wormhout in 1863. Three confessionals are dated 1731. They are decorated in Rococo style. The organ, whose positive dates bring us back to 1823, was installed in 1856. Its four bells chimes the time passing by. One of the current bells is dated from 1774 (decimal bell in mi). It braved the centuries, and the revolutionary turmoil, during which three of the other bells, melted the same year, were turned into guns and currency. Two new bells (sharp and G-sharp) were added, in 1891, to the remaining one, and one last one in 1960.

The miracle of Our Lady of Tears : on Friday, April 23, 1406, the cleric entering the church, until then closed, found the coat of the statue of the Virgin around its base. Put back on each time, it was found on the ground on Saturday and then on Sunday, April 25 where it was also noticed that the Virgin statue was shedding great tears and her face expressing great pain.

This morning miracle will continue until vespers. These facts were recorded by thousands of witnesses, parishioners from Wormhout, surrounding villages and their priests. Our Lady, since then is called "Our Lady of Tears". It is the object of a fervent devotion (Novena from May 27 to June 4). In 1876, Mr. COLESSON, a cabinetmaker in Wormhout, sculpted a statue of the Virgin and Child intended to receive the remains of an earlier statue.