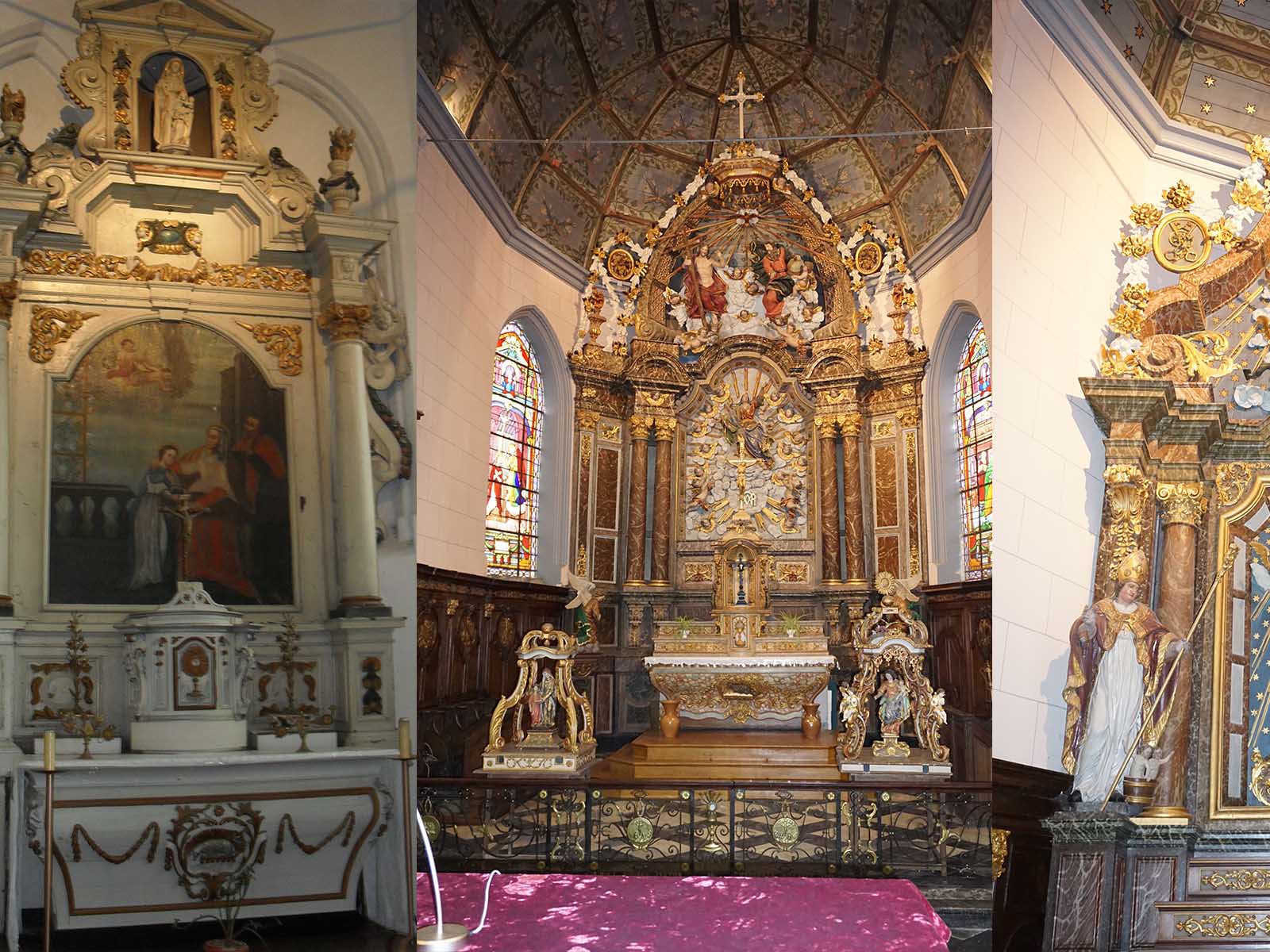 The altarpiece is an architectural composition intended to attract the attention of the faithful, it finds its origin in a change of the ritual of the mass decided by the council of LATRAN in 1215.

Following these changes, it was decided to install a painting representing Christ behind the altar table "retro tabula", hence its name of altarpiece.

It reached the height of its popularity, in the churches of Flanders, during the Counter-Reform, late 17th century to late 18th century, in reaction against Protestantism. It gets bigger, the decor multiplies the signs, the symbols, the colours, the gildings...

As churches are not always open, it is recommended to check in advance.

On the territory of the Inter-communal Tourist Office, you can admire altarpieces located in the churches of the following municipalities :