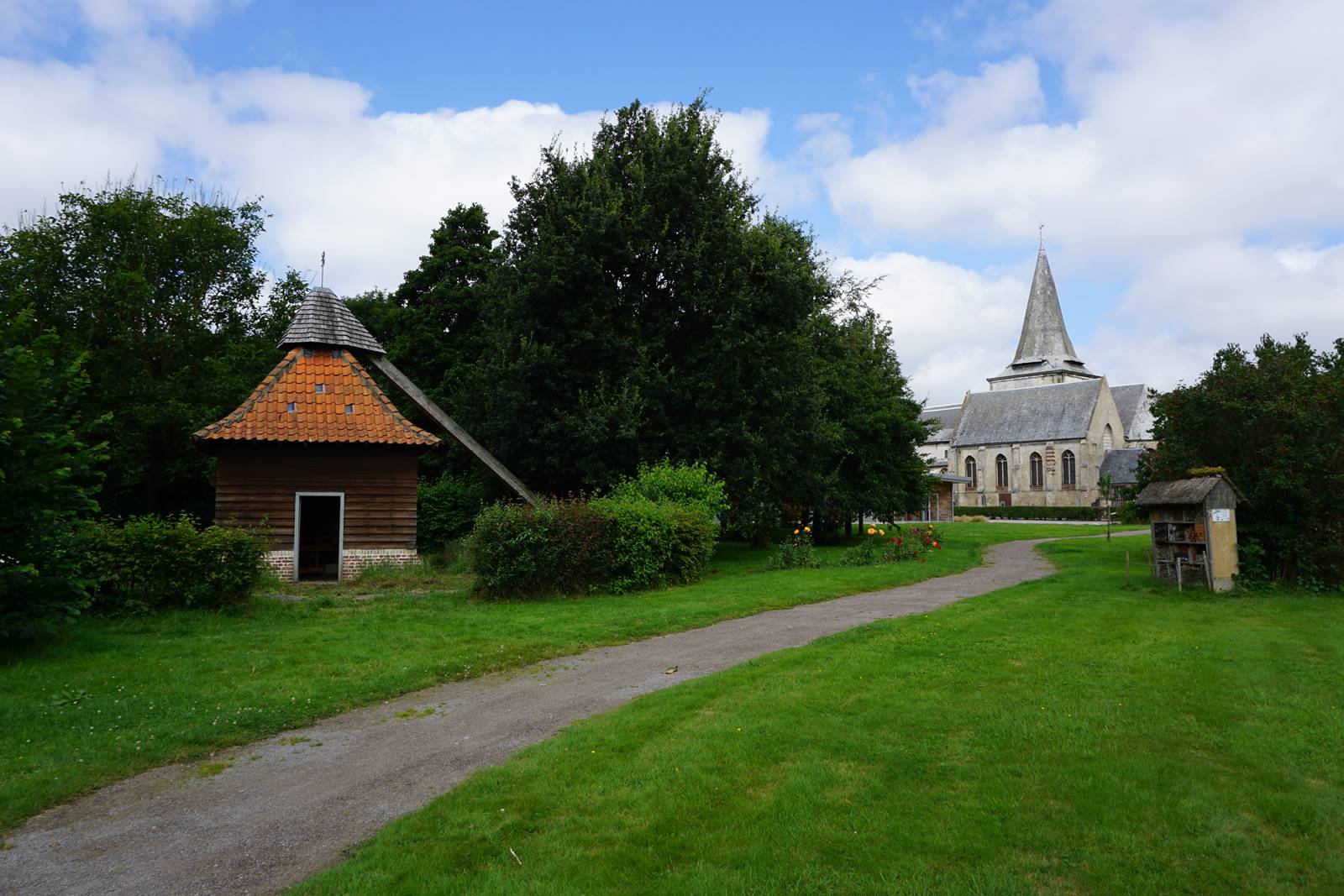 It is to FULKAHARI, a Frankish tribal chief, to whom we owe the origin of the village in the 6th century, and its name (Volckerinckhove = Fulkahari domain). These northern men also brought to Volckerinckhove inhabitants the Flemish language, still practiced today, and even taught at the village school, as part of the official programs.

The village of 500 inhabitants is situated in the Houtland (woodland country), formerly boscage and wooded, but which landscapes have been greatly reshaped by modern farming practices. However, the village was at the vanguard of the preservation of its landscape and architectural heritage, including the reintroduction of hedgerows or in the reconstruction of a unique horse mill model The “Rosse Mulle”, many in the past but totally disappeared today.

At the heart of the village, a house from 1682 was restored and serves as a media library, tourist information bureau and premises for Yser Houck association, recognized authority in the preservation of Flemish heritage. The village also houses cottages and their gables with many brick drawings, often called runes. These symbols, which you can have fun discovering, served as protection against misfortune, and wish to fertility and fecundity.

The first written traces of Volckerinckhove date back to the 12th century. The oldest parts of the current church date from this period and, despite the transformations and enlargements, we still clearly distinguish the nave and the solid Romanesque tower. From this time also lingers the memory of the Knights Templar in the 19th century, a farm was still designated as the one of the "Templars".

Volckerinckhove, it is finally a multiple small rural heritage (chapels, traditional barriers), the place of origin of the Cabarette apple, bountifully produced once in the region, the garden of “des Senteurs”, the Herberge in d'Hope (Esperance Inn), a "natural garden" and small businesses ...

Follow the 5.5 km trail and discover, starting at the crossing of the old railway station and the Yserhouck Weg: