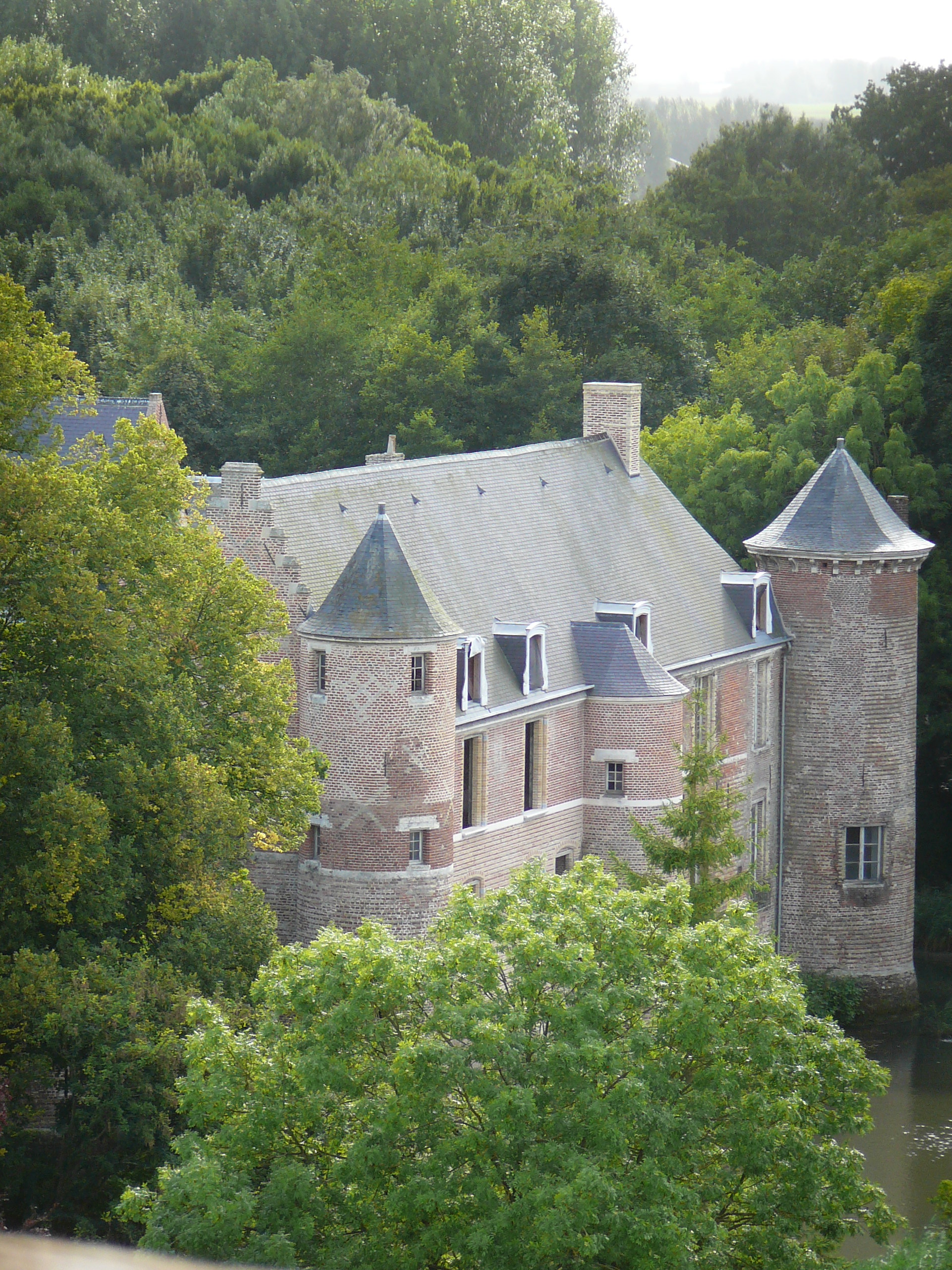 Esquelbecq Castle and its gardens

Esquelbecq castle has a square form flanked by eight turrets. A white stone border embedded in the walls at mid height indicating the high power of the lords of the place.

The building, accessed by two bridges, is surrounded by a moat.

It is assumed that a first wooden castle existed in the 9th century to protect from northern invasions, but there is no evidence that it was at the present location. The last general restoration of the castle dates from 1606, date that could be read on the donjon before it collapse. This restoration allowed to add many windows in the walls whose thickness sometimes exceeds 1 meter, in some places of their base. The castle and its outbuildings were registered on the French supplementary of Historical Monument List, July 24, 1944.

In September 1984, the collapse of the donjon led to the creation of an Esquelbecq Heritage Preservation Committee which allowed its designation as a Historical Monument.

The gardens of Esquelbecq Castle are open to the public from May to mid-September Friday to Sunday from 14h00 to 18h00. Reservations are required for all guided and self-guided group visits.

You can see through its gates: the dovecote dating from 1606, the French garden adjoining a wooded park, the concierge’s lodge (1590). On the square, notice the castle inn (1615) whose gable is decorated with runic signs.