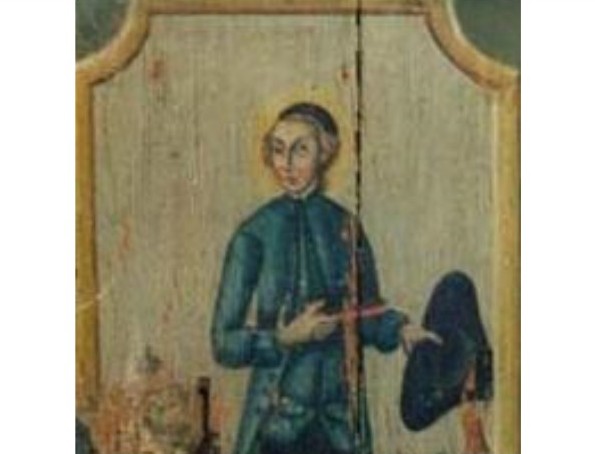 According to the legend, he was the son of the mythical king HOËL III, brother of Urielle de TREMEUR. He would be the brother or in a more satisfactory chronological way, the son or the nephew of Saint Judicaël, king of DOMNONEE in Brittany, where he would have been born, in the country of Dol more precisely.

He founded a monastery at Bergues, formerly known as Winoksbergen, which is why he is called Winoc of Bergues.

In 685, at the request of AUDOMAR, he founded a Benedictine abbey at Wormhout, on a hill called "Mont-saint-Winnoc", and became 1st abbot. He apparently died and buried there in 717.

In 1024, after the destruction of the Wormhout Abbey by the Normans, Baudouin IV built a new Benedictine abbey in Bergues. The relics of Saint Winoc, deposited at the church of Saint-Omer since the middle of the ninth century on the orders of Bishop Folquin of Thérouanne, to protect them from the Normans, are brought to the new abbey of Bergues, once peace established.

During the French Revolution, this abbey is almost completely destroyed. The cult of St. Winoc remains alive in Flander.