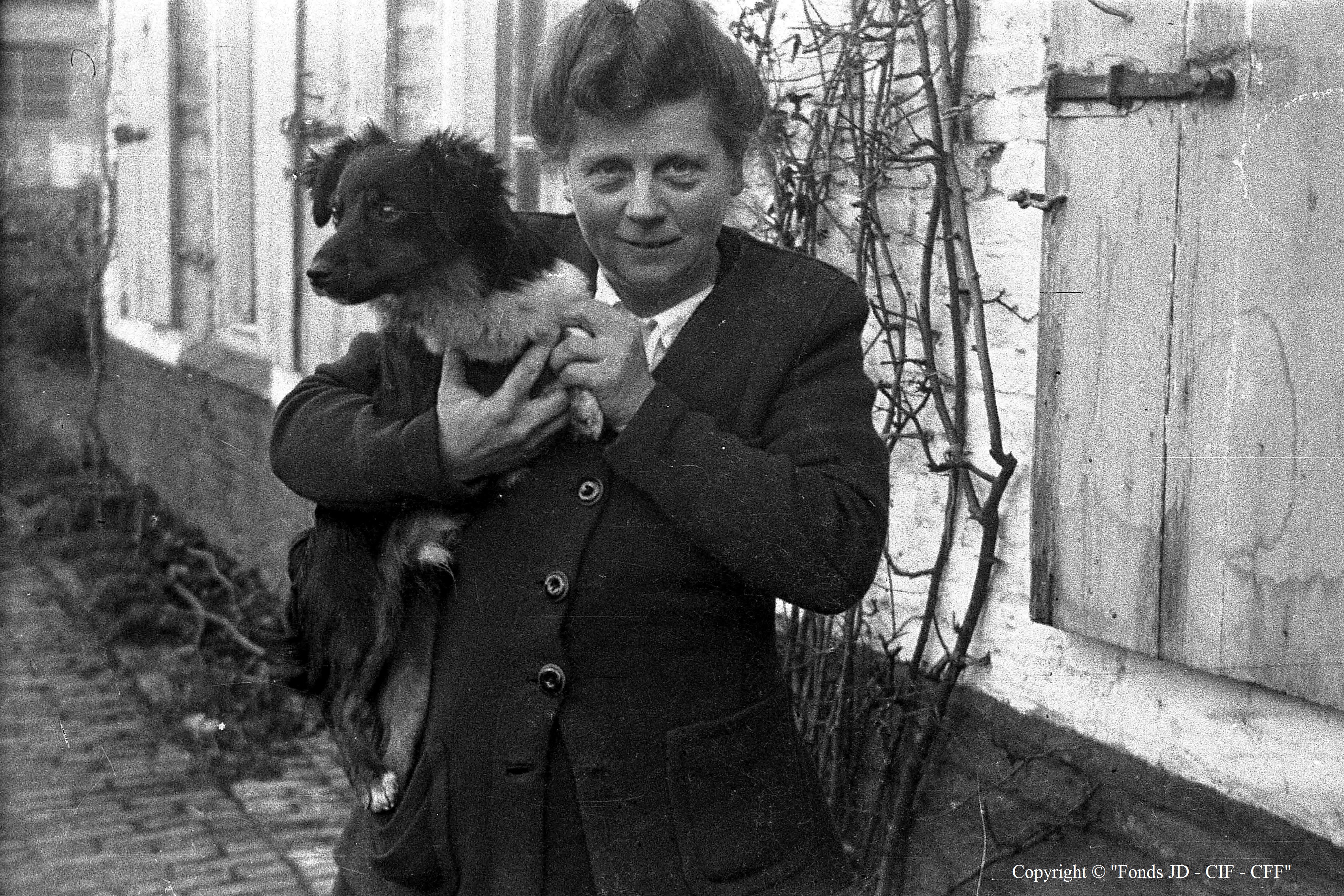 Born February 10 in Bailleul, Jeanne DEVOS grew up in this city where her father is an agricultural broker. Weakened by the climate of war and the insalubrity of Bailleul in 1918, she contracted tuberculosis. To treat her, on the advice of a doctor, her father decides to move her to the countryside. This is how she found herself recovering in Bissezeele, in 1922, at her father friend's house: Father Joseph LAMPS.

In 1923, her condition worsening, Father Joseph LAMPS takes Jeanne DEVOS to Corsica and begins to initiate her into photography (Autochrome and stereoscopy), then hire her as governess at the parish, in defiance of decency and against the advice of the ecclesiastical authorities.

She meets Joseph DEZITTER, cabinetmaker, watercolorist and sculptor, around 1933. From 1936, she will travel across Flanders and leave many pictures of rural and traditional life in Flanders, trades, beliefs and festivals. Present at Bissezeele on September 7, 1944, during the liberation of the village, Father LAMPS and Jeanne DEVOS will take more than 150 photographs of the passage of the 5th Canadian Infantry Brigade.

In 1945, Father LAMPS retired. They both leave Bissezeele to settle in Wormhout. Jeanne DEVOS then decides to live from her passion and becomes a professional photographer: identity photo, portraits, communicants, conscripts, baptisms, industrial photos and especially weddings photos coverage. This proposal is innovative since it is the first to dedicate a full coverage on the wedding day including in the church (which was very frowned upon by the religious authority at the time).

In 1946 and 1959, Jeanne DEVOS took pictures of General de GAULLE during his visit to Bergues and his visit to Wormhout.

She also photographed Paul REYNAUD many times and especially in a field of wheat (which is not conventional for a politician of this importance).

At the end of her life, Jeanne DEVOS gave her photographs to the Flemish Committee of France and sold in lease her house, to the municipality of Wormhout, after making sure that her house (former presbytery) becomes a museum. In opening her house to the public in 1980, her great satisfaction was to arouse curiosity: "Here everything must serve", undertone: to discover, to initiate, to inspire and to make talk.

Jeanne DEVOS died on June 18, 1989. Accompanied by a crowd of lovers of Flanders, she will be buried in her garden where she rests alongside the abbot Joseph LAMPS (died in 1952).

The Flemish Committee of France decides to deposit at the Iconographic Center of Flanders based in the library of Wormhout, the photographic collection of more than 100,000 photos of Jeanne DEVOS and the abbot LAMPS in order to be valorized and conserved. 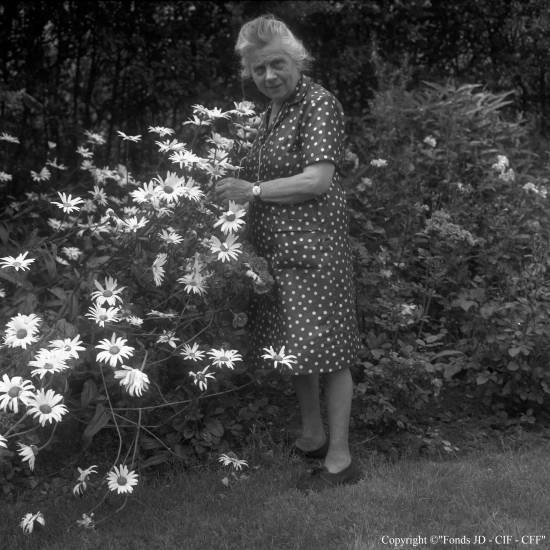